Xinxiang National Economic and Technological Development Zone was founded in 2003 and was recognized as a national economic and technological development zone by the State Council in 2012. Lying in the east of Xinxiang City, 8.5 kilometers away from the main cityŖŦit is located in the sub-central city core area of Zhengzhou Metropolitan Area of Zhongyuan Urban Agglomeration and the radiation core area of Zhengzhou Airport. The zone has a total administrative area of 50 square kilometers of which the built-up area is 30 square kilometers, and the total population is 110,000. The infrastructure construction has achieved full coverage. According to the principle of integration of production and city and intensive development, it has been formed five functional sectors: industrial production, living and resident, business and office, vocational education and modern logistics.

The functional orientation of Xinxiang ETDZ is: a leading area for the development of new industrialization, a demonstration area for high-level business environment, an agglomeration area for mass entrepreneurship and innovation, and a pilot area for open economy and institutional innovation.

Located in the east of Xinxiang urban areaŖŦXinxiang Economic and Technological Development Zone is the core area of Xinxiang Dadong District. It has formed a three-dimensional transportation network of highways, railways and air transportation, and the CHINA RAILWAY Express has combined the highways, railways and sea freight together. Xinxiang ETDZ is adjacent to Beijing-Guangzhou High-speed Railway, Zhengzhou-Jinan High-speed Railway (under construction), Beijing-Hong Kong-Macau Expressway and 107 National Highway. ThereĄ¯s also Hebao Expressway in the north, Xinhe Railway in the south, and 308 Provincial Highway passing through. It takes only 8 minutes from ETDZ to Xinxiang East Railway Station, and 45 minutes to Xinzheng International Airport by car; it takes 19 minutes to Zhengzhou, and 2.5 hours to Beijing by high-speed rail. The population reaches 500 million within a radius of 600 kilometers centered on the ETDZ. 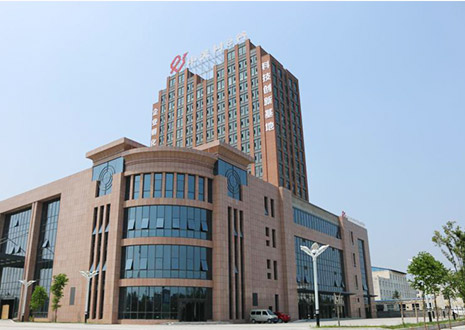 There are 3 colleges and universities including Xinlian College of Henan Normal University, Xinxiang Vocational and Technical College, and Xinxiang Health School. It is the largest and most influential base for the education, training and export of industrial workers in the central region of the country. 9 colleges in Xinxiang has jointly cooperate with Peking University, Tsinghua University and other well-known universities at home and abroad to build 3-5 graduate school branches of well-known universities, 2-3 post-doctoral research workstations and other educational research platforms to train more high-level talents. There have been 26 national high-tech enterprises settled in, and 70% of the enterprises have established cooperative relations with universities and research institutes; there are 59 R&D centers, including 32 above the provincial level; several public innovation and entrepreneurship platforms have been established such as the Innovation Valley, Z-Park E Valley Industrial Incubation Base, Internet incubator and others.

An "8 vertical 8 horizontal" road network framework with a green coverage rate of 35% has been constructed. There are 3 110-kV electricity substations and a drainage system with rain and sewage diversion has been formed, with which a sewage treatment plant can purify 150,000 tons of sewage per day. The centralized heating and gas supply can cover the whole district. The Pingyuan Lake water system project is completed, the establishment of the ETDZ middle school is accelerated, and the construction of the Grade-A Tertiary Hospital has been started. 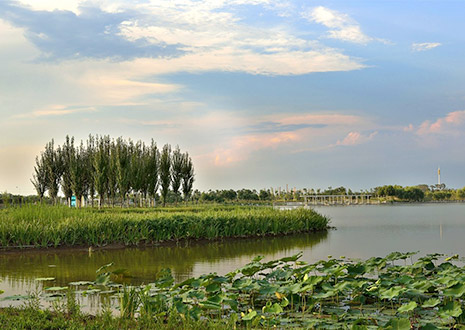 In ETDZ, the eco-environment and humanistic environment intersect each other. Jianye Spring, Mengdian Guanlan One, Lakeside Spring, Green Town, Longji Yorkshire, Runhua Emerald Hill, Fan Li Community and other high-end communities are lined up. Experimental High School of Beijing Normal University, Zhongke Sunshine Sports Town and other supporting facilities are around. There is also the "one channel, one river and one lake" natural landscape, which consists of The East Three Main Green Corridors, Dasha River Landscape Project, and Pingyuan Lake Park. In 2018, the Konghou Research Institute was established. At present, the Konghou Production and R&D Base and the International Konghou Museum have been established. 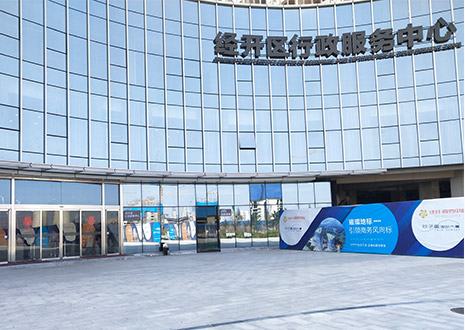 In February 2020, the "Nine Measures for Optimizing the Business Environment of Xinxiang ETDZ" was issued, which included the promotion of investment approval facilitation, the reduction of the approval time of engineering construction projects, the shortening of the time limit for project landing, the handling of relevant procedures, the improvement of the ability to protect factors, optimizing talent services, improving the construction of a social credit system, strengthening supervision and inspection of enterprises, pioneering opening-up development, and increasing the promotion of "streamline administration, delegate powers, improve regulation, and strengthen services" measures. These measures are benchmarked against developed coastal areas to optimize the business environment of Xinxiang ETDZ, and provide a full range of high-quality and efficient services for external investors.

The Green Fiber Professional Park will become a demonstration park for the construction of a powerful textile country in China, integrate China's green fiber industrialization production, spinning industry's intelligent manufacturing, and apparel industry's intelligent continuous production, and become the main position of Ą°Zhengzhou Luoyang Xinxiang Ąąindependent innovation demonstration zone and Made in China 2025. It will also become China's largest "Lyocell" fiber green industry professional park, a public service platform for the textile and apparel industry in the central region, and an advanced manufacturing base for textile and apparel in Henan Province. 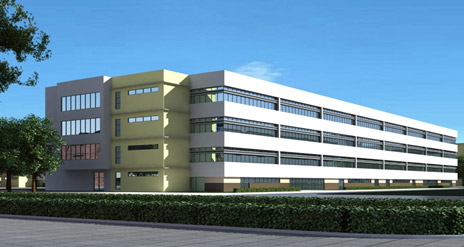 Xinxiang ETDZ has been successfully approved as the only provincial-level export base in the city---the provincial textile industry export base, and enjoys the provincial subsidy funds for export base which is allocated by the Provincial Department of Commerce every year. Relevant enterprises will enjoy preferential policies of provinces and municipalities in terms of import and export. At the same time, Xinxiang Customs and Xinxiang Entry-Exit Inspection and Quarantine Bureau, which are adjacent to the Economic Development Zone, can provide convenient services such as customs registration, cargo clearance, entry-exit inspection and quarantine, and export tax rebate for foreign trade enterprises in the zone.

The project has been planned and constructed since 2017, covering an area of about 717 mu. The planning contents include standard factory buildings, customized factory buildings, textile and garment buildings, supporting dormitories, etc. It is planned to introduce and build service platforms such as R&D testing center, training center, exhibition center, designer studio and e-commerce center, etc.

The Ą°Green Printing TownĄą Project is located in the Green Fiber Professional Park of Xinxiang Economic Development Zone, the estimated total investment is 5 billion yuan, and the planned construction area is about 247 acres. The site for the town is on the west side of the special railway line and close to the newly planned land of the Bailu Group, including 165 acres for production, and 82 acres for supporting infrastructure. The project is planned to be carried out in two phases, of which the first phase covers an area of 115 acres. The main contents include a full industrial chain project (Lima Xinxiang Production Base), 1-2 spinning or weaving projects, 2-3 high-quality printing and dyeing projects, and emissions centralized treatment center, etc. 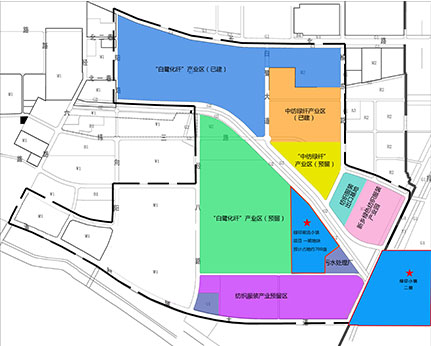 High-growth modern service industry: relying on the advantages of Xinxiang's transportation location and the "Xinxiang Hao" China-Europe Block Train, Xinxiang has formed a modern service industry with logistics as its mainstay. The basic layout of "One District, Two Ports and Three Bases" has been built, among which "One District" means the comprehensive bonded area, "Two Ports" means the logistics port of Henan Modern Railway and International Dry Port, and "Three Bases" means the commodity distribution base, e-commerce Express distribution center, and logistics data information base.

From the first train departs on March 28, 2018 to the end of 2019, the cumulative freight volume of "Xinxiang Hao" China-Europe Block Train, the international container train totaled 55,000 tons, and the amount of exported goods exceeded US$180 million, benefiting more than 1,000 companies. On April 21, 2020, Xinxiang Dry Port Development and Construction Co., Ltd. and China-Singapore Southbound (Chongqing) Logistics Co., Ltd. officially signed a contract. Xinxiang became the first central city to join the "Western Land-Sea New Channel" urban agglomeration, saving about 10 days compared with launching out to sea through the eastern area. On May 20, the first rail-to-sea international train of the "Xinxiang Hao" China-Europe Block Train passed the National Railway New Stone Line-Qingdao Huangdao Port-Detroit in USA, and opened another import and export channel in Henan Province.

Xinxiang Bonded Logistics Center was approved by the provincial government by the end of 2019, which covers a total area of about 182 acres and a construction area of about 130,000 square meters. It is expected to be completed and put into use before the end of 2021, including bonded warehouses, customs supervision and inspection centers, Lugang Building, ecological offices, supporting businesses, exhibition halls, etc. The commercial vehicle distribution center was officially put into use in June 2018 with a built-up area of 135,000 square meters and can accommodate more than 5,000 commercial vehicles. A supporting assembly warehouse and a maintenance center are also built. Mainly, Xinxiang Bonded Logistics Center serves well-known brands such as BMW, Mercedes-Benz, SAIC-GM, and GAC, and radiates the five provinces of Henan, Hebei, Shandong, Shanxi, and Hubei. The annual allocation of commercial vehicles will exceed 300,000.

Xinxiang Tiankai Special Protective Clothing Research Institute, relying on the mature technology of China Astronaut Center, is committed to the application and popularization of China's manned spaceflight scientific and technological achievements. Taking advantage of Xinxiang's fiber raw materials and special fabrics production, the institute focuses on the research, development, popularization and application of special protective clothing technology which is used in military and civil fields such as aerospace, aviation, navigation, fire protection, medicine, etc. Under harsh environments, including extreme high and low temperature, vacuum, radiation, particle impact, harmful and toxic gases and others. 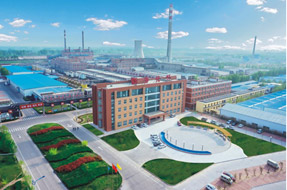 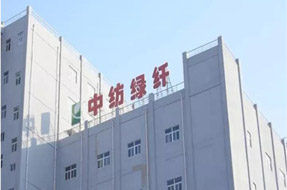